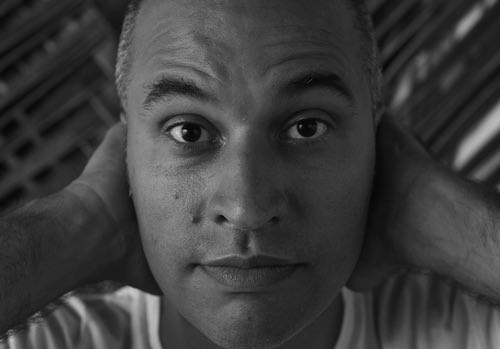 Januibe Tejera denotes by a work that find is source in treatral written, oral tradition of music and psychoacoustics, different universes that accompanied him throughout his career.

His music, performed by prestigious performers such as the Ictus Ensemble, Ensemble Interconteporain, the Orchestre Philharmonique de Radio France and the Open Camerata, is part of the programe of the major festivals and music events in Europe and America as the Présences Festival, Musica Nova Festival, Darmstadt Festival or the Milano Musica Festival.

Januibe Tejera was recognized several times with awards, fellowships and commissions, among which are the Staubach Honorary Award, the San Fedele Prize in Milan, or an artist member of the Casa de Velázquez – Academy of Arts of France to Madrid.

M. Tejera studied at the Conservatoire National de Musique Supérieure de Paris, an institution which he left with the first prize in musical composition, and completed his training with the IRCAM Cursus.

Commissioned by Radio France for the Philharmonics Orchestra, Todo Mezclado is a cycle of 5 songs for soprano and orchestra, based on the poem Song 8 from the Cuban poet Nicolas Guíllen.

This is my first work where traditional music connects with my personal techniques. In Todo Mezclado, it is the world of the Traditional Rumbas Cubanas (Yuambú, Guaguanco and Columbia) that is explored, a diverse and complex model of musicals forms and structures, along with the characteristics of Nicolas Guillen’s text. After listening and analyzing, I extract some concepts from the language of rumbas, such as harmonies, melodies, textures, orchestrations, or simply instrumentation, all elements that come out and invade my musical universe.

In some same, this idea is also the central concept of the text – Song 8. In his poem, Nicolas Guillén talks about « mestisage », to be together, mixed (todo Mezclado – everything together).