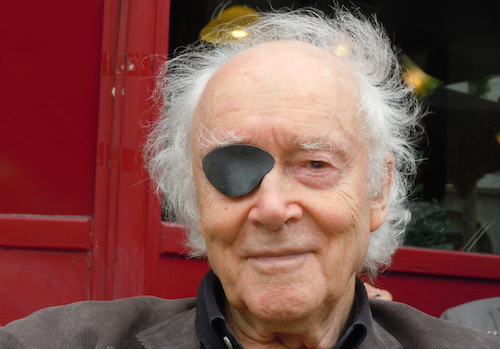 French and Canadian composer, was born in Paris, 1926.
Convinced of the originality of acousmatic art, his production is, since 1960, exclusively made of fixed media works.
During 26 years, he shared his activity between France and Quebec.
Doc Honoris causa at University of Montreal where he was teaching Electroacoustic Composition from 1980 to 1996.
1997, a guest of the Deutscher Akademischer Austauschdienst (DAAD) Berlin.
Grand Prix GigaHetz 2013, Qwartz Music Awards 2012, Prix “Ars electronica 1992”, Prize SACEM (France) 2007. “Magisterium” Bourges 1988. The Conseil des arts et des lettres du Québec has awarded him a prestigious carreer grant.
Many works selected for the “World Music Days”, and ICMC.
He is a Founding Member (1986) and Honorary Member (1989) of the Canadian Electroacoustic Community (CEC). and “Ehrenpatron” of the organization Klang Projekte Weimar (Germany).
He is now living in Avignon, France, focuses on composition and theory.

An archetypal symbol of rebirth and continuity, what is this musical Phoenix?
A trace / confirmation of the acousmatic vitality at the beginning of the XXIst century, of course.
But, for me, it is also a new life given to ancient musical ashes, very old recordings and reanimated but transvestites extracts of instrumental works. A kind of eternal return, the present – so prominent today – being finally only the past of the future.

Phoenix XXI was commissioned by the INA-GRM. The work comprises three movements in chains and was composed in the author’s personal studio in Avignon. World premiere on October 8th 2016 in Paris (MPAA Saint Germain), concert INA-GRM.